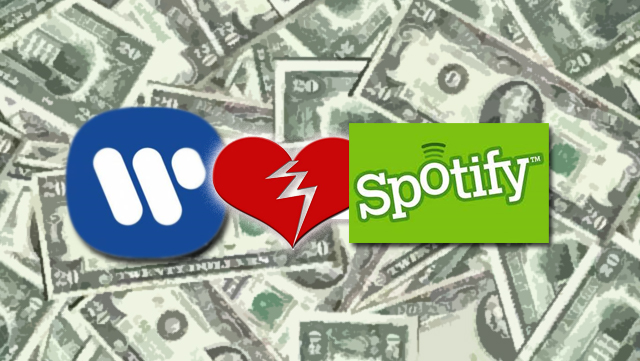 Warner Music has recently announced plans to withdraw its music catalogue from free streaming music sites like Last.fm and Spotify, “Free streaming services are clearly not net positive for the industry and as far as Warner Music is concerned will not be licensed. The ‘get all your music you want for free, and then maybe with a few bells and whistles we can move you to a premium price’ strategy is not the kind of approach to business that we will be supporting in the future.” stated Warner Chief Executive Edgar Bronfman Jr.

What isn’t stated is the quantity of money that free users are leeching from the music industry. This is because they are not leeching a pretty penny. Free service royalties are subsidised through advertising – but that’s not good enough in the greenback eyes of Edgar Bronfman ! What we have in Edgar is a dinosaur with a  primeval bee in his bonnet over cosseted freeloaders getting something for nothing – I wonder how many hippies he beat up on in the 60’s. This petulant gripe is backed up by the fact that Warner is only withdrawing from ‘free services’ – suggesting that Spotify Premium and other subscription services will be granted some sort exclusivity.

If Warner is planning to slam it’s door in the faces of royalty funded, and legal, music services it should do so at its peril. Internet speeds are getting faster and illegal file sharers are arduously difficult enough to entrap as it is. Spasmodic Streaming services like Spotify & Last.fm offer legal and convenient solutions for combating file sharing and piracy. The vast majority of  free users would sooner turn to file sharing than lob money to fat-cats like Edgar Bronfman. They’d be paying for subscriptions already if it were otherwise.