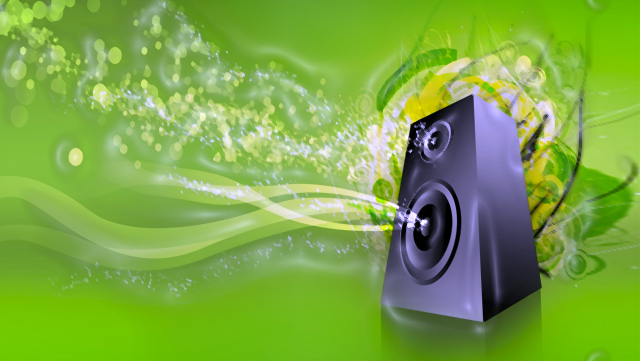 I am currently sat at my desk in work eating a mid-morning snack and listening to music. By ‘mid-morning’ I mean 3:00am. Thank goodness for netbooks, mobile broadband, and a stereo that turns all the way up to eleven! I like my job – even the night shifts – but it’s hardly the line of work that stimulates all of the senses, so I try to be as musically eclectic as I can over the course of my night shifts.

One morning, while serenading a strong coffee that wasn’t in the mood to be sung to, I decided to check out the new ‘Massive Attack’ album. I strolled over to my netbook, fired up Spotify – cutting Siouxsie and her Banshees off in mid-wail – and gave it a listen. It was that simple! Many moons ago I would to have to have ventured deep into the bowels of Cardiff, to an endangered animal called Spillers Records, exchanging small green pieces of paper in return for a magical shiny disk. This morning I was able to surf the rhythmic ripples of online diversity at my leisure.

It is through music streaming services like Last.fm and Spotify that I continue to discover new beats. Before the internet it was difficult to track down music outside of the social zeitgeist – with only a Woolworths to buy CDs from. My short term music fixes were satisfied by tuning in to night time radio shows, like John Peel – the Messiah of new and eclectic. But hearing music on the radio was one thing; tracking it down was like parting an ocean.

I was part rose in South America during the mid 80’s and became accustomed to the Bhangra, Shanto, and Reggae sounds that sang from the Guyanese shacks and shanties.  The surrounding Caribbean islands of Barbados and Venezuela captivated me with spine-tingling steel drums and tribal grooves that drifted from the crystal sands and across the vast Andes mountains. Our Western tape supplies were few; mostly consisting of the New-Wave sound that was around at the time, and artists of my parent’s generation like David Bowie, Billy Joel and Pink Floyd. Abba was huge among the Dutch community we would coexist with during our later years there.  When we returned to Wales there were two cultural divides, neither of which I was keen to embrace at the time: In the blue corner was Rock – crap until the nineties when punk-soaked Grunge gave it a good kick up the arse. In the red corner was Rap – crap until a controversial white boy gave it a good kick up the arse (no, not Vanilla Ice). I was listening to Pop, New-Wave, and Progressive soundscapes; the more electrical, technical, and challenging the better.

London was the biggest influence on my musical education. My musical explorations took place at a London flat during half terms and summer holidays;  filled with the pages of NME, Q, Mojo, and Kerrang! magazines.  Just off Tottenham Court Road was a used record shop called Vinyl Experience that sold limited additions and rarities of all kinds. I would save up, or persuade my father to buy them for himself and tape to them while he was at work, returning home to Wales with an armory of eclectic delights on TDK cassette tapes. In London, I was free from the sonic sameness of an adolescent society that drifted along with the acceptance flow without ever stopping to ask, ‘why?’.

During my rebellious teens I became influenced by the Post-Punk/Grunge movement. In my new Comprehensive School I found myself among a group of rebels without a dress code; spending our time buried away in derelict school cellars. Therapy?, Pantera, Nirvana, The Ramones, and The Sex Pistols tore obscenities through exhaled smoke rings of herbal pursuits; spitting dysfunctional ripples in angst-patented potions – bubbling blends of K Cider, Tennants Super, and blackcurrant cordial: the angry snake that bit back. It was in my teens that I started going to gigs  and music festivals, soaking up the raw energy of live music as it thumped my chest.

My social soundtrack changed during the mid nineties when I started college where a whole new sub-culture of individualism had evolved to greet me. Rock and Pop wannabes would sit huddled the far corner of the main hall with a CD player that sang The Doors, David Bowie, Bob Marley, Jimi Hendrix, Neil Young, and Bob Dylan. My social circles outside of college were encumbered in the repetitive beats of Dance and Trance music – most of it played on a hissy copy-of-a-copy cassette tape; coughing and spluttering through cheap Halfords speakers fixed to a wooden plank on the parcel shelf of someone’s Vauxhall Nova – chugging and spluttering to its own repetitive groove.

In time, the ashes of social flourish sailed away on the winds of my departed student bliss and I found myself in more cultured company. Weathered and worn by the personal changes that had occurred in my life, I had put away childish things and started exploring wider musical fields like Jazz, Blues and Classical music – a job at the local theatre provided the perfect place in which to indulge my cultural interests. It was a new century and I had become acquainted with the internet. Napster captained the pirate sea; scattering its musical booty to the masses. Online music services like Last.fm quickly soon rose to the fore – desktop conduits for musical endeavors.

In 2010, internet streaming services like Last.fm, Grooveshark, and Spotify offer a vast database of information: biographies, discographies, and similar artists; stations and playlists can be tailored by genre, even gender. Software is readily available to download and use on mobile phones – music on the move. Twitter gives up-to-the-minute news on the latest music and events; cassette bootlegs with photocopied artwork no longer have  to be hunted down like wild game across the vast planes of yesterdays frantic Camden. Over the last nine years I have indulged in music that – once upon at time – there would have been more chance of seeing me smile cheerfully through the steam at a locomotive convention than listen to. The saloon doors of choice have been blown wide open.  The sonic ocean has never been more enticing.